Mobile service from Orion Auto Glass is just part of the service, there is no extra charge to come to your home, office or business in Norton Shores.

The Chippewa, Potawatomi and Ottawa Indians for hundreds of years occupied the wilds of Western Michigan. When white immigrants arrived they found openings in the forest made by the Native Americans, which were used to raise food. Norton Township was originally organized in 1845 by settlers of the village of Mill Point (now Spring Lake). The township was named in honor of Col. Amos Norton, a Canadian patriot who was implicated in the rebellion of 1837.

One of many communities served in West Michigan by a locally owned expert in auto glass windshield repair and replacement, the professionals at Orion Auto Glass are eager to give you a hand when the unexpected happens to your car’s glass.

Click on the yellow dots and use this Orion Auto Glass parts chart to learn about common auto glass parts on a vehicle. 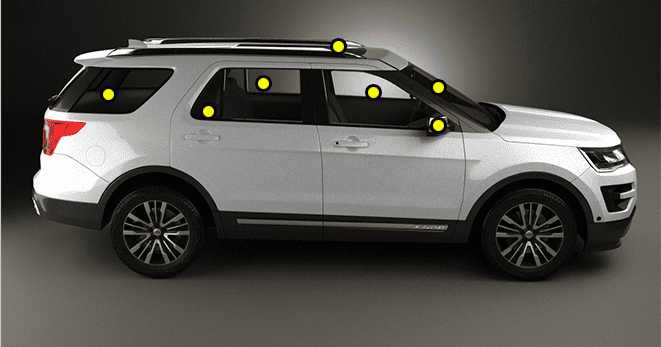